LOS ANGELES, Aug. 5, 2022 /PRNewswire/ -- Viking® (www.viking.com) is celebrating today the company's 25th anniversary and its leadership in travel. To commemorate the anniversary, Viking has released a new video message from Chairman Torstein Hagen as he reflects on the company's key milestones since its founding on August 5, 1997. The new video can be viewed here on Viking's website, as well as here on Viking's award-winning enrichment channel, Viking.TV. All this week, Viking.TV daily programming has centered on Norwegian culture and history as a tribute to the Hagen family's Norwegian heritage. 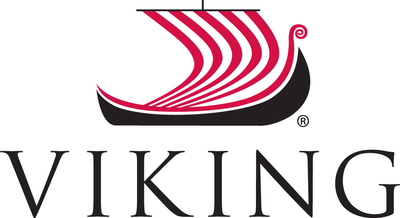 "I am proud of all that we have accomplished in these 25 years. First, we invented modern river voyages; then, we reinvented ocean voyages with our destination-focused approach; now, we are perfecting expedition voyages and exploring all seven continents—in comfort," said Torstein Hagen, Chairman of Viking. "To every member of our extended Viking family of guests and employees: happy anniversary and thank you. These first 25 years have been very good, but we are just getting started."

The anniversary comes just after Viking was named the #1 Ocean Line and #1 River Line in Travel + Leisure's 2022 "World's Best" Awards, in which the company became the first cruise line ever to top both categories in the same year. Viking is also rated #1 for both rivers and oceans by Condé Nast Traveler, making it the first cruise line to ever simultaneously earn #1 in its categories from both publications.

From now through August 31, 2022, Viking is offering special savings plus up to free international airfare on select river and ocean voyages as part of the company's 25th Anniversary Sale. Call Viking toll free at 1-855-8-VIKING (1-855-884-5464) or contact a travel advisor for details.

For more information, images, and b-roll for Viking, contact vikingpr@edelman.com.

About Viking
Viking was founded in 1997 and provides destination-focused journeys on rivers, oceans, and lakes around the world. Designed for curious travelers with interests in science, history, culture and cuisine, Chairman Torstein Hagen often says Viking offers experiences for The Thinking PersonSM. Viking has more than 250 awards to its name, including being the first cruise line ever to be simultaneously named the #1 Ocean Line and #1 River Line in Travel + Leisure's 2022 "World's Best" Awards. Viking was also rated the #1 River Line and #1 Ocean Line by Condé Nast Traveler in the publication's 2021 Readers' Choice Awards. For additional information, contact Viking at 1-800-2-VIKING (1-800-284-5464) or visit www.viking.com. For Viking's award-winning enrichment channel, visit www.viking.tv.